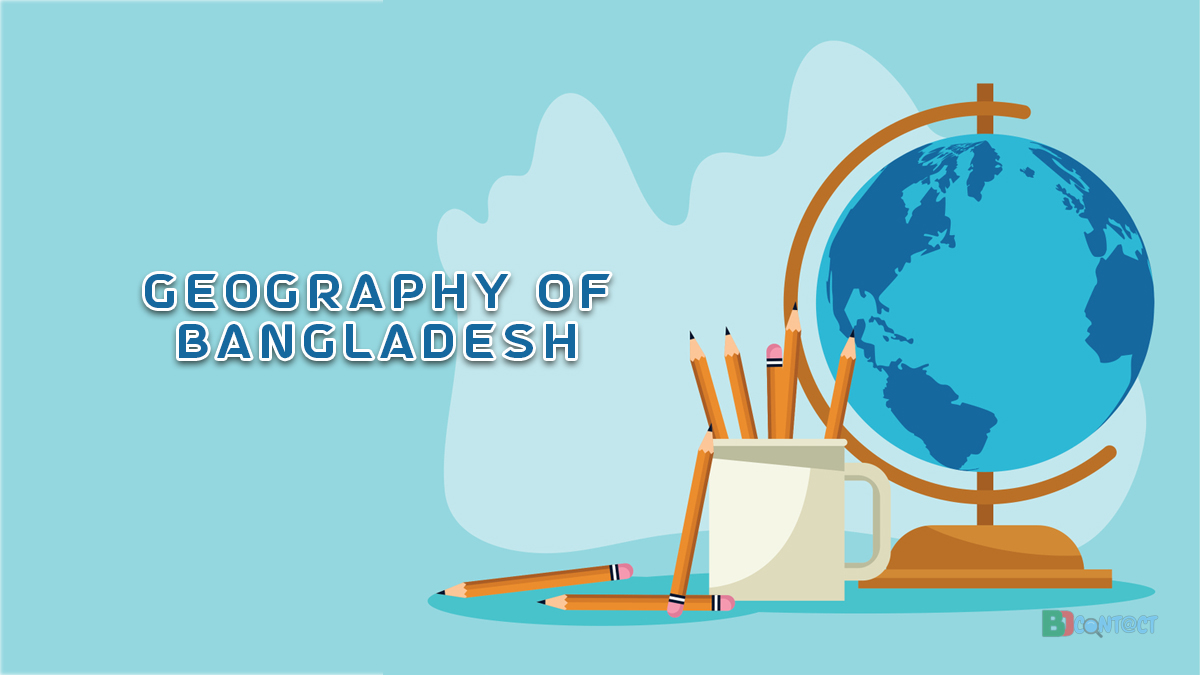 Bangladesh got independence from Pakistan in 1971. From a Liberation war, Bangladesh was born. Back in 1971, It was a part Of Pakistan. Bangladesh is one of the most significant delta islands in Asia. Bangladesh consists of a small hilly region, a little plateau, and a vast plain flooded by rivers.

The topography of Bangladesh is low and flat. The climate of Bangladesh is quite favorable. In our country, the effect of monsoon winds on climate is very high. So different seasons come at other times of the year.

Due to this country’s climate varies in different seasons, we sometimes feel hot and sometimes cold. The geographical location of Bangladesh affects human life in many ways. But here, we will be writing on the geography of Bangladesh and some other points related to this topic.

Bangladesh is one of the largest delta islands in the world. Numerous rivers have flowed over Bangladesh. Among these, the Padma, Jamuna, Meghna, Shitalakshya, Brahmaputra, Karnafuli, etc., are the main ones. The territory of Bangladesh is gradually sloping from north to south.

As a result, these rivers flow from north to south towards the Bay of Bengal. Bangladesh is located in the south of Asia. (latitudes 20°34 ́-26°38 ́north and longitudes 88°01 ́-92°41 ́east) is situated at the interface of two different environments, with the Bay of Bengal to the South and the Himalayas to the north.

The country’s position at the bottom of the Ganges- Brahmaputra-Meghna (GBM) catchments and the tropic of cancer passes through the country’s middle. The geographical location of Bangladesh and the surroundings are presented in Figure. Except for the hilly parts of the northeast and southeast of Bangladesh, almost the entire country comprises many rivers’ sediments.

Bangladesh is a plain landed country. But there are some hills and peaks. Hill tracts are mostly in the Southeast and northeast of Bangladesh. There are some very high peaks where you can touch the clouds. And even you can feel more elevated than the clouds. In this part of today’s article, we will know about some hills in Bangladesh.

The Hills to the Southeast

This region belongs to the eastern part of Rangamati, Bandarban, Khagrachari, Cox’s Bazar, and Chittagong district. The average height of the mountains of this region is 610 meters. Currently, the names of the highest mountain of Bangladesh are Taziodong, whose height is 1231 meters.

It is located in the Bandarban district. The second highest peak of Bangladesh is Keokrudong, whose height is 1230 meters. Apart from this, two other higher hills of this region are being mood mark (1000 meters) and pyramid (915 meters). The mountains of this region are made of sandy stone, clay, and shell stone.

The northern part of Mymensingh and Netrokona district, north and northeast of Sylhet district and the south of Moulvibazar, and southern hills of Habiganj. The height of these hills is not more than 244 meters. The northern mountains are permanently known as Tila. Their height is 30 to 90 meters. Among the mountains of this region, Chiknago Khasia and Jaintia are the main.

Since there is no difference in the topography of different Bangladesh regions, there are dense settlements in almost all places.

All About Bangladesh Ministry Of Education Board Activities